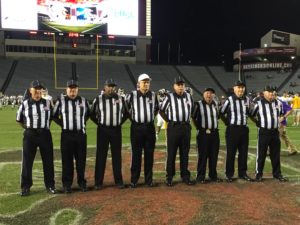 Tommy Brush is a member of the South Carolina Football Officials Association and has served as a high school referee since 1985. He is the current District Director for District 8 and is responsible for training new officials.

He has been a member of the Olde Charlestowne Sertoma Club since 1980, where he works to raise funds for those with speech and hearing disabilities and also those less fortunate members of the community. He is a past president of Sertoma International and has served as a senior certified trainer for that organization since 1993. For his work in the community, Tommy received the Order of Silver Crescent, the highest award given to a volunteer by the State of South Carolina.

Tommy Brush is an adjunct professor since 2002 at The Citadel teaching Business Law and the Principals of Real Estate.

Let our family help your family navigate some your life’s biggest moments.